This is an international website intended for audiences outside the United States.
Select your country

Inflammatory bowel disease (IBD) is more common in people living in industrialised/‘westernised’ countries. While some people are genetically more likely to get IBD, lifestyle factors – including diet – are known to be behind this trend. It follows that changes to diet might be used to relieve IBD symptoms or even, in some cases, prevent the disease from developing in the first place.

However, there’s no single ‘magic diet’ that’s right for everyone with IBD. This means that people with IBD usually have to work out for themselves whether a food either helps their condition or makes it worse.

Research into the link between diet and IBD continues and recent studies are shedding more light on the relationship.

We begin by looking at a study, published in 2013 in Digestive Diseases and Sciences, which involved more than 6,500 IBD patients (70% women). Interestingly, this looked at patients’ own perceptions about the benefits and harms of selected foods, as well as their particular eating habits.14

The next study was one led by Jason Hou and published in Clinical Gastroenterology and Hepatology in 2014. His team reviewed recommendations about diet made to patients with IBD.15 Researchers looked at three so-called ‘defined diets’ – specific recommendations about what to eat/not to eat that are each based on some underlying theory. This is what they reported about one of these diets – the Specific Carbohydrate Diet (SCD).

The underlying theory of this diet is that carbohydrates lead to bacterial overgrowth resulting in fermentation and the production of acids that damage small intestinal mucosa.

Researchers made the following observations:

From their analysis of all three defined diets discussed in the study (SCD, FODMAP and Paleo) the researchers concluded that the right dietary advice to offer people with IBD is ‘to keep a food diary’. This helps identify specific triggers and allows people to work out a diet that’s right for them. 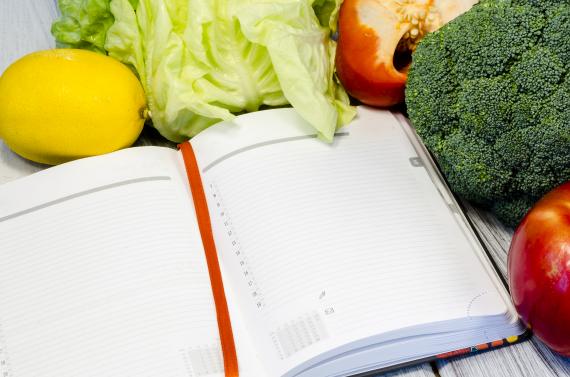 2014 saw the publication in Nutrition Journal of a study led by Barbara Olendzki, who is affiliated to the University of Massachusetts Medical School. Her team looked at another defined diet: the so-called ‘Anti-Inflammatory Diet (IBD-AID)’ in a small group of 27 patients. Like SCD, IBD-AID restricts the intake of certain carbohydrates, but it also includes pre- and probiotic foods.

Of these 27 patients, 24 reported either a ‘good’ or ‘very good’ response once they were complying with the requirements of the diet.16 The results from the other three patients were described as ‘mixed’. After following the IBD-AID, all patients in the study were able to discontinue at least one of their existing IBD medications and all patients experienced symptom reduction, including bowel frequency.

Researchers concluded that the results were ‘promising’ and that a larger randomised trial should be carried out to assess the potential benefits of this particular diet more rigourously.

In October 2015, the Journal of Nutrigenetics and Nutrigenomics published a study led by Gareth Marlow from the University of Auckland, New Zealand.17 This picked up on the genetic connection between people with IBD and foodstuffs.

The researchers found that people with the G allele** of the gene FOX03 should avoid mustard, wasabi, ginger and raw and cooked tomatoes. They also found 17 foodstuffs, of the 253 listed in the questionnaire, which had beneficial effects for people carrying this allele. The five most significantly beneficial foods included: sweet potatoes (also known as yams and kumara – see also study above), Jerusalem artichokes, green beans, beefsteak and peas. 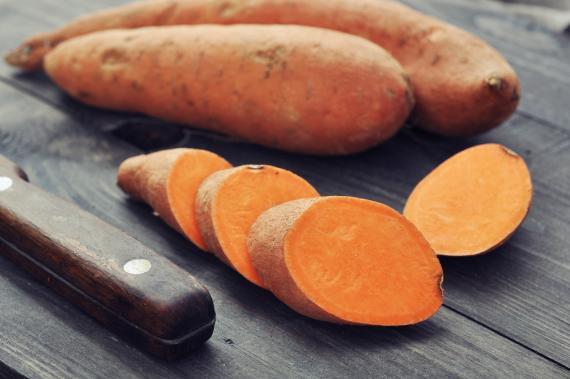 Researchers noted that both tomatoes and ginger are generally thought of as beneficial foods for people with IBD, but this group of patients experienced more adverse than beneficial effects from eating them. Yams/sweet potatoes were also reported as beneficial by this group, but are specifically excluded from the SCD diet. One of the conclusions drawn from this research is that the results support the greater use of personal genotype information in order to help tailor dietary advice.

Read more information about the association between diet and IBD.

Help us make this site better

Tell us what you think

How well are you managing your IBD?

Find out how well you’re doing and get suggestions of how you can better help yourself.

Use the wellbeing tool

Do you have a friend or family member with inflammatory bowel disease? Find out about ways to help them and you.

Caring for people with IBD

Running the marathon was the big milestone for my IBD. I wanted to run a marathon before I was 30 and I achieved this five years before I should have.

We use cookies on this site to enhance your user experience

By clicking any link on this page you are giving your consent for us to set cookies.

OK, I agree
No, give me more info